The inspiration for this project is a personal recognition of the working class hero. The symbolism of the apron as an offering of service to who we are. The respect of this outer garment can be reflected in how it is put on.  A slight bowing of the head, a genuflect in honor of the work we do when taking the vows of our daily chores.

I will be exhibiting THE APRON PROJECT at March 18th, 19th, 20th
http://www.storefrontlab.org/calendar/2016/3/18/deep-craft-atelier-2-opening-party 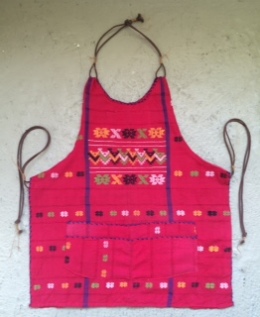 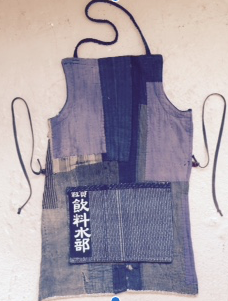 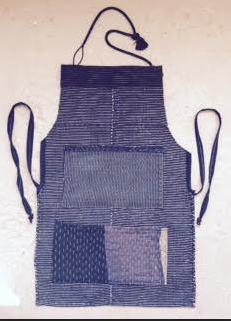 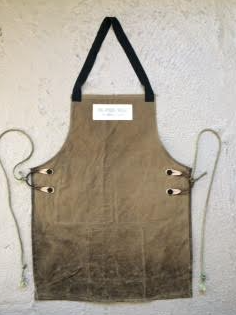 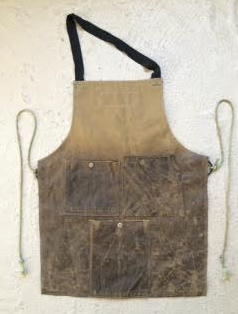 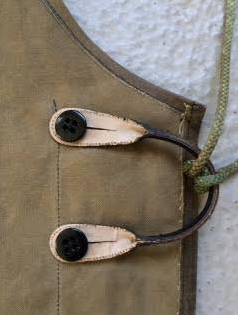 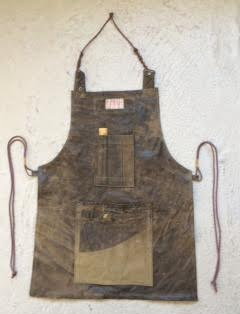 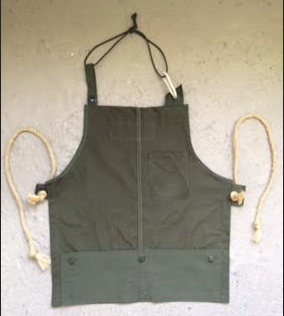 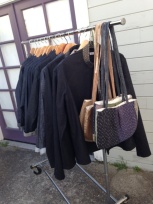 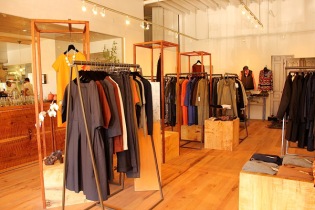 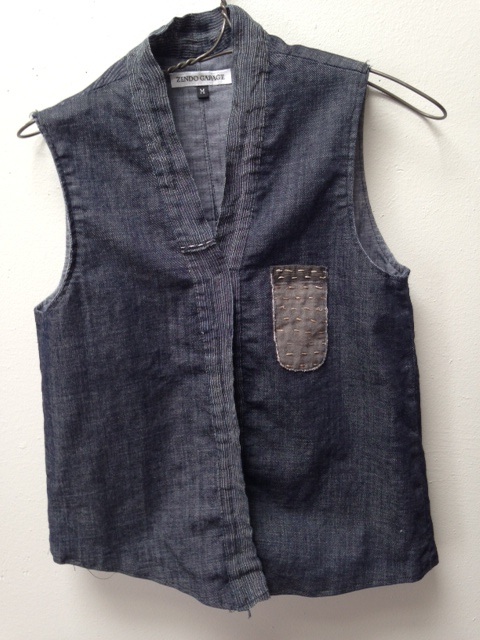 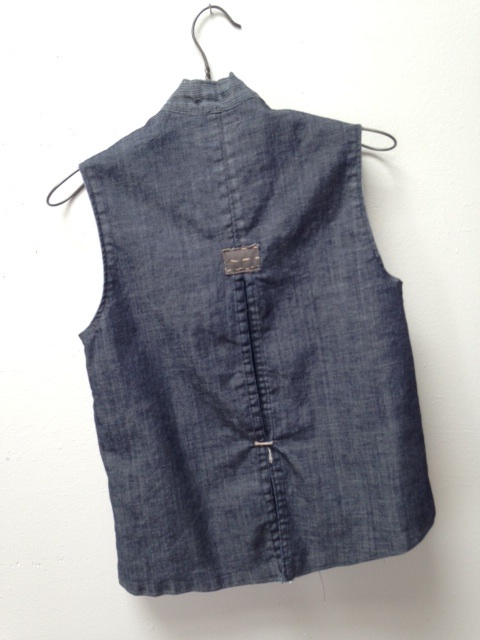 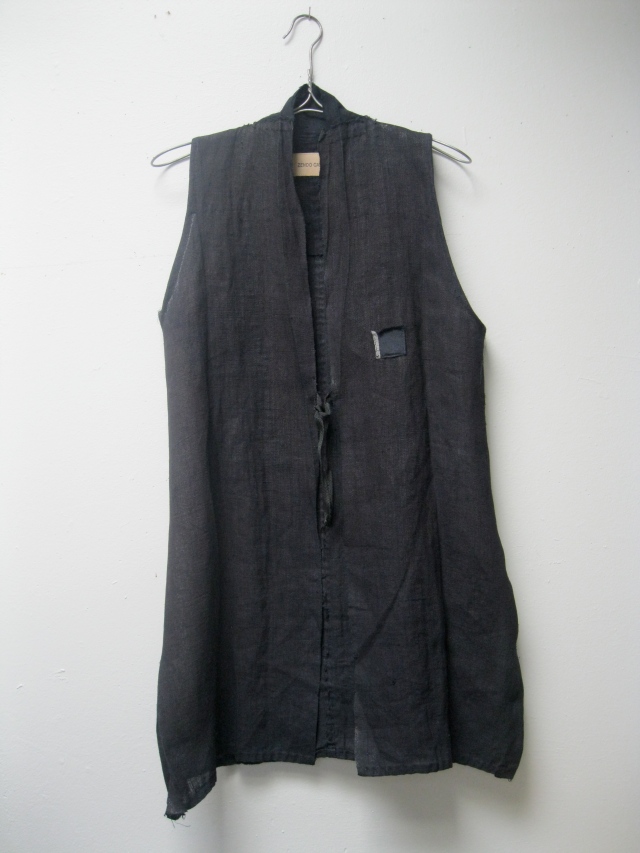 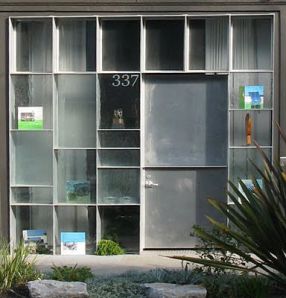 I’m excited to be part of a project in San Francisco called Storefront Lab. The project is located at 337  Shotwell in the Mission and is spearheaded by my friend Scott Constable of http://www.deepcraft.org.  Storefront Lab, an experiment about community engagement, will be transformed into a workshop and weekly retail venue featuring Deep Craft goods now under development.

I’ve been invited to create clothing that responds to the idea of a pop-up conceptual ‘board shop’ along with a group of Scott’s friends who will contribute a variety of other handmade products.  Storefront Lab will be open to the public on three consecutive Saturdays between July 23 and August 12. Things ranging from skate/surf/bike-related goods to clothing, housewares, jewelry and graphics will be made collaboratively during weekday working hours. Scott has invited guest chefs to prepare food for public Saturdays, when he will offer  limited production wares and products for sale to the public. Scott has also invited several of his artist friends dispersed around the country to produce 2D works that loosely interpret the idea of ’seascape’ to hang on the walls. Come check out Storefront Lab! http://www.storefrontlab.org/

Kitagawa Utamaro (ca. 1753 – October 31, 1806) was a Japanese printmaker and painter, who is considered one of the greatest artists of woodblock prints (ukiyo-e).  He is known especially for his masterfully composed studies of women, known as bijinga.

A continuing series of posthumous clothing for this artist 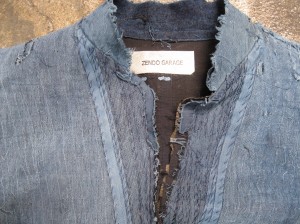 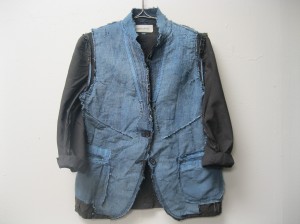 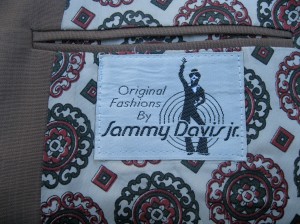 I was doing some spring cleaning and came across and old jacket that I made for the Sammy Davis Jr. collection back in the 70’s when I moved to Los Angeles. He was starting a clothing line and needed a pattern maker.

I was introduced to him at Disco 9000 up on Sunset Blvd. It was the Studio 54 of the west coast. It was a place where any night you could run into any celebrity. I was brought to his table where he had an entourage of beautiful people. Lola Folana had just come off the dance floor and slid in next to him at their private booth. The disco lights threw sparkles off her Halston dress, the one with the plunging neckline and handkerchief draped hem. It had the split open front that climbed up the thigh. It was one of Halston’s signature pieces during the disco phase.

Sammy leaned over the table to shake my hand. A cigarette dangled from his lips. The golden boy in a midnight blue nehru collared suit. His shirt was unbuttoned to the chest exposing a gold chained Chai around his neck (life in Hebrew). It was entangled with a red horn (Malocchio – Italian for evil eye) given to him by Sinatra.

Later that night me and a few hangers-on went to his house. The later it got, the more crowded it became. He had a shmear laid out in the kitchen. Deli food of all sorts flown in from New York. Lox, bagels and Sammy Davis Jr. The evening faded into a blur. I found myself sprawled out on a deck chair when the sun was coming up.

We met a few days later at his Beverly Hills loft.“ Hey Frank should meet you” he said. “2 dago’s from the east coast”. Sammy sat there and watched as I draped some muslin on a mannequin. “ OK, let’s hire this kid before Don Loper kidnaps him”. Don Loper at the time was a well known tailor and costume designer for the entertainment business.

Sammy’s clothing line had a short life. He continued to be one of the best dressed men in Hollywood. That night at Disco 9000 I can still hear Sister Sledge’s song which reminds me of him.

“He wears the finest clothes, the best designers, heaven knows, ooo, from his head down to his toes. Halston, Gucci, Fiorucci, he looks like a still, that man is dressed to kill. He’s the greatest dancer.”

another episode from: LIVING ON THE SELVEDGE

He swears, he meditates, he’s east, he’s west, creative, political, sophisticated, simple… meet men’s clothing designer Gabriel Russo, born in Brooklyn, the son of a pocket maker. In just moments you’ll feel you’ve known him all your life. If you’re nearby, he’ll invite you into his studio, sell you a shirt and tell you a story.

Gabriel embraces the past with a passion and generously shares it through every project and most conversations. His clothing creations reflect a day gone by that honor hard work and detail, yet manifest as fully up to date.

Through humor and deep reflection, Gabriel navigates through life searching for character, meaning, and answers with a deep respect for where things come from.